My Portrait of Alvaro Izurieta

When I visited Buenos Aires in 2008, I was fortunate to have met a very prominent Argentine painter, Alvaro Izurieta.

He was opening a show at a gallery, Clasico y Moderno Espacio de Arte, near Plaza Guemes, where I had been painting. Alvaro did not speak English, and my Spanish was very limited, but we were able to communicate through his beautiful daughter Adela, who spoke English fluently. We’ve kept in touch over the years since my visit, and I was able to introduce Alvaro to my art dealer in Seattle, which exhibited some of his drawings in an exhibition a few years ago. More recently Alvaro suggested that we exchange portraits. I was very excited about this prospect, enthralled with the idea that my portrait would be painted by the great artist that had produced such a fine portrait of the Argentine writer Juan José Sebreli. Alvaro’s portrait of me was excellent, and very insightful. My own portrait of Alvaro is intended as a tribute to a serious painter, one who has produced an expansive and meaningful body of work over the years.

Alvaro Izurieta was a protegé of the sculptor Antonio Pujia, considered one of the greatest living artists in Argentina. Their work toured together recently in Argentina, and they share an eclectic approach to the production of art that is quite different than what we have come to expect of artists in the United States. These South American artists freely adopt and reinterpret diverse styles in their work, from a kind of Classical Realism to an early Modernist experimentation. In Pujia’s case you can see influences of Minimalism and Surrealism. In every instance, expression is the objective. They respect and reinterpret the language of modernism, but also explore traditional figurative modes if necessary. In doing so they turn the dominant narrative of the last century on its ear. It’s impossible to describe how refreshing this is.

Here is the portrait that Alvaro did of me. He also did a second much larger portrait which I may post later. 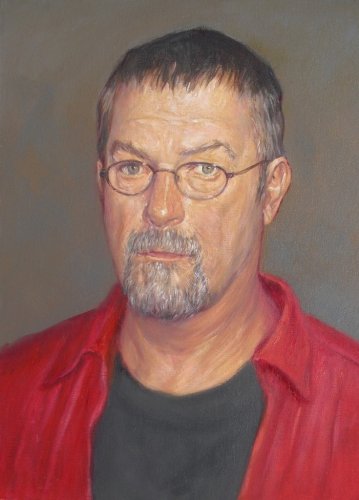 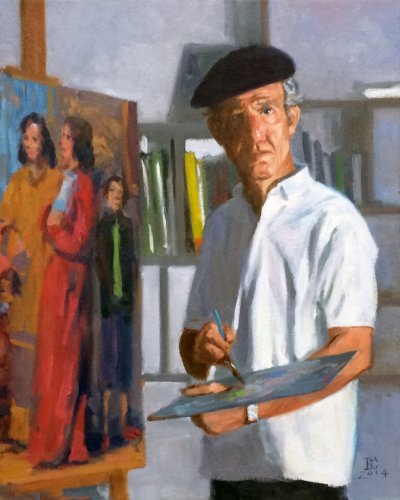